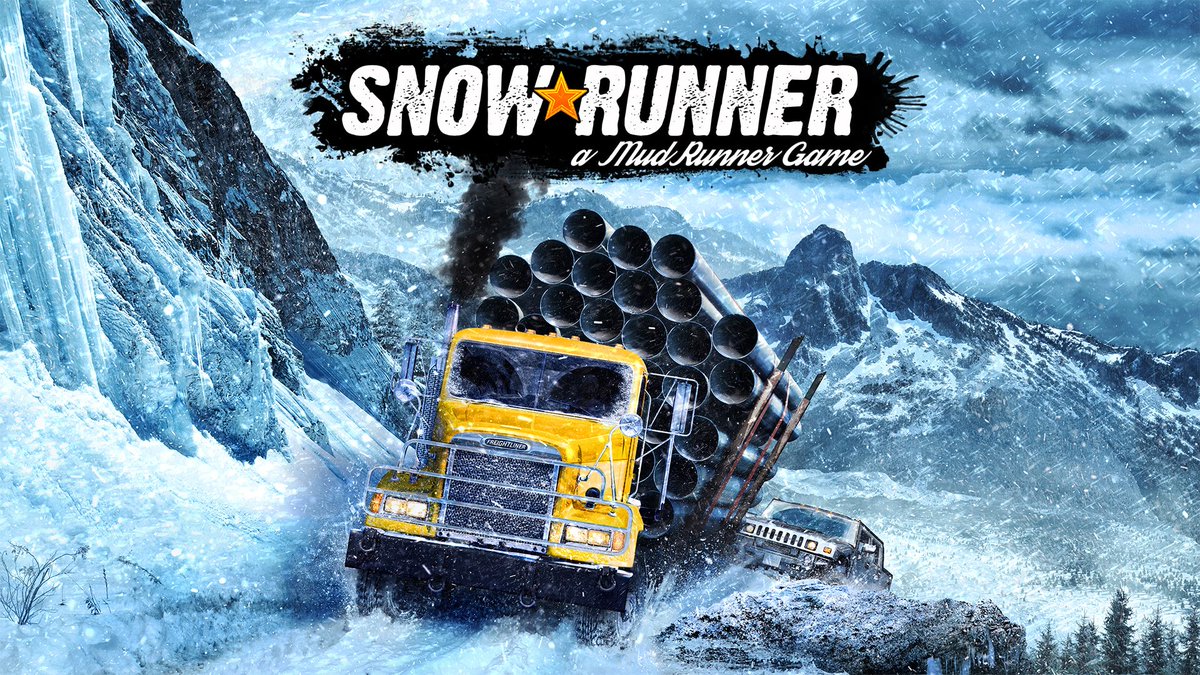 Preorder the Next-Generation Off-Road Simulation now to receive the exclusive Navistar 5000-MV!
SnowRunner, the highly anticipated sequel to the ultimate off-road simulation and multi-million seller MudRunner developed by Saber Interactive, releases April 28 on PlayStation 4, Xbox One, and PC through the Epic Games Store. Get a look at its intense, extreme sandbox environments today with the Release Date Reveal trailer!

Powered by a new graphics engine and improved physics simulation, SnowRunner puts you in the driver’s seat of powerful vehicles as you conquer wild open environments with the most advanced terrain simulation ever. Drive 40 vehicles from brands such as Western Star, Ford, Chevrolet, and Freightliner as you leave your mark on an untamed open world.

SnowRunner and its all-new snow environments give you unique challenges to overcome! Brave mud, torrential waters, but also snowbanks, ice and frozen lakes while taking on perilous contracts and missions. Expand and customize your fleet of vehicles with countless upgrades and accessories to help you defeat the environment – intake snorkels, chain tires, bumpers, high suspensions, floodlights, and many more upgrades will give you the edge you need.

SnowRunner is playable solo, but also with other players in fully synchronous 4-player co-op. Players will also be happy to know the game releases with full mod support on PC, allowing for a near infinite off-road experience thanks to community-made content! Mods will come to consoles further down the line.

SnowRunner , the highly anticipated follow-up to the surprise trucking sim hit MudRunner, developed by Saber Interactive and published by Focus Home Interactive, was fully revealed today at Gamescom. Teased previously as MudRunner 2, SnowRunner is the ultimate off-road experience, made bigger and better with stunning visuals, advanced simulation physics, massive maps and vehicles, and the introduction of snowy terrain.

SnowRunner puts you behind the wheel of a huge roster of customizable heavy-duty vehicles from manufacturers like Pacific, Navistar and more in some of the world’s most untamed, unforgiving environments. There are more than 15 new sandbox maps to explore, some up to four times larger than those in the original MudRunner. Master extreme hazards like snowdrifts, ice, rivers and mud — each with their own unique challenges — to get your cargo safely to its destination as quickly as possible. Take on the elements alone or with friends online in fully-synchronous four-player co-op multiplayer!

SnowRunner is expected to launch in 2020 on PlayStation 4, Xbox One, and Windows PC through the Epic Games store.